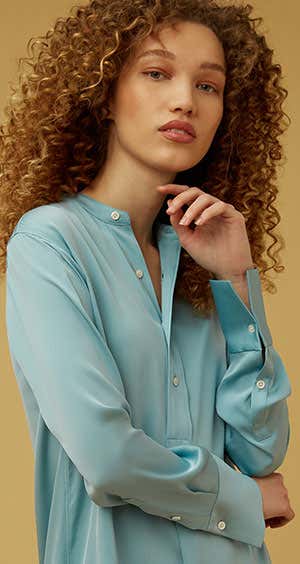 Sign up and get 10% off your first order today.

We also have a loyalty reward scheme, which offers savings each time you shop - join today to start earning points.

Gillian Anderson in Interview with The Sunday Times Style

Gillian Anderson in Interview with The Sunday Times Style

Lorraine Candy captures the essence of the award-winning film tv actor, activist, and mother who is currently reprising her role in the second season of the Netflix series Sex Education.

Gillian jokes about her outrageous character Jean, a sex therapist, on the new series before discussing the more serious character she plays in The Crown, the Iron Lady herself Margaret Thatcher.

The actor speaks passionately about her international activism, enlisting the ten charities she has worked with to champion women’s rights, across Afghanistan to South America. One of which is the non-profit organization Women for Women International helps women survivors of war rebuild their lives. It is only fitting that our Winser London Lips jumper, designed by Gillian herself, will donate 20% of all proceeds to Women for Women, supporting and funding over 500,000 women in some of the most challenging countries in the world

Read Lorraine Candy's exclusive interview in the link below :

Gillian’s inspiring work as a feminist activist, alongside her multi-faceted roles in life, was discussed further on Emma Gannon’s award-winning podcast CRTL-ALT-DLT. We are so fortunate to have such an inspiring figure and role-model representing the Winser London brand in her second capsule collection.

Back to Stories
Categories
© WINSERLONDON 2019